My reason for being in Geneva was a conference at the International Labour Organisation (ILO) which is in the area of Geneva where all the other UN buildings and other international organisations are located. So this was the sight I had on my walk to the conference every morning. The United Nations Palais des Nations seen here in the background with the giant chair in the foreground. The chair is an art work that symbolises the campaign against landmines – you can see that the left leg of the chair is splintered half way up.

As I mentioned in a previous post, Geneva is a city that encourages cycling and as I tried to take a picture of the UN building I actually just kept capturing images of cyclists.

I did eventually manage to get the shot I wanted but I like the way the others turned out anyway.

This was a great little spot near the lake, the Brunswick Monument which was created to commemorate the life of Charles II, Duke of Brunswick. While the monument was interesting, and I liked the reflection it had on the pools either side, it was actually the Cottage Cafe behind it that made this a great spot.

As the name suggests, the Cottage cafe, actually looks like a little cottage, but it had lots of seating outside next to a little pool with a fountain. It was a lovely little tranquil spot in the city, a perfect place for writing early in the morning (it gets really busy later in the day so more of a social spot later on). And as you can see here the breakfast was almost like a work of art – I ordered muesli and this is what I got – there is some muesli at the bottom. If only my breakfast always looked like this. What was interesting that this, plus the espresso cost less than a latte and a yoghurt cost me in Starbucks the day before! 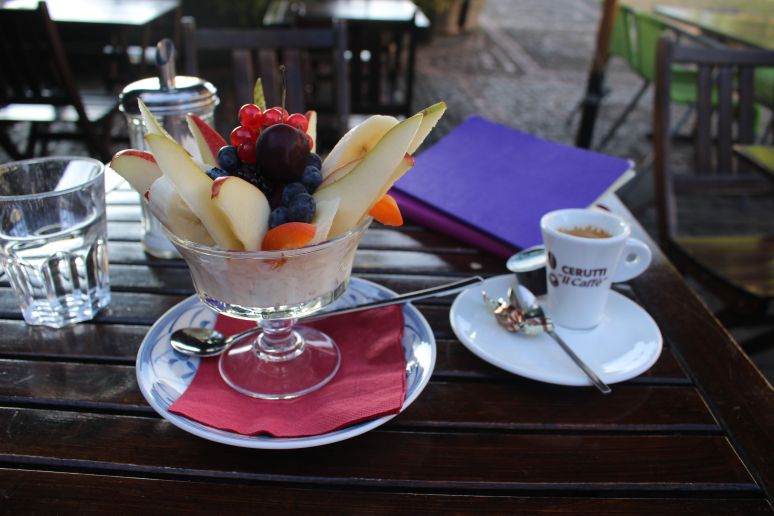 And when I had finished I was joined by some of the local wildlife. The birds around here clearly know they have a never ending supply of food, there were a few of these hopping around most of the tables with people at them – one gentleman trying to read the morning newspaper with his toast was getting quite frustrated by the birds attempts to get the crumbs from his plate. 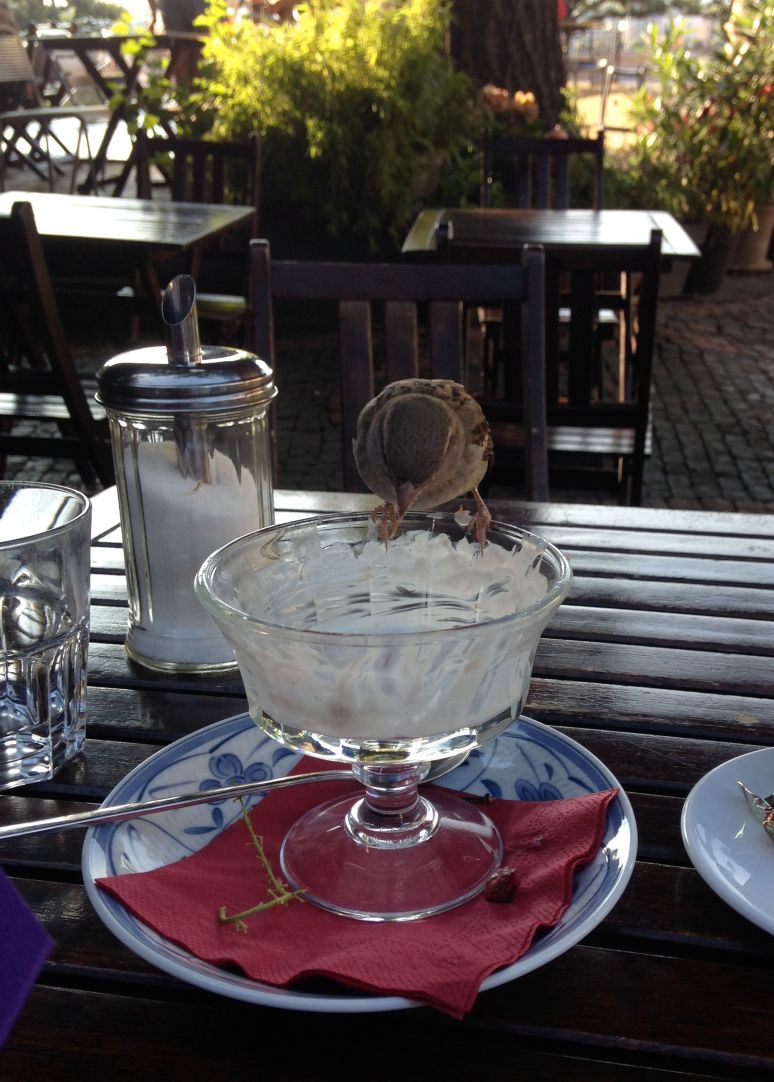 More decoration of the city.

I was the Plaine de Plainpalais area picking up some bread and fruit from a local market (a great way to learn about local food and produce) and I came across this statue which at first I thought was some kind of zombie statue. It turns out it was a statue of Frankenstein –  much of Mary Shelley’s story of Frankenstein took place around Geneva. 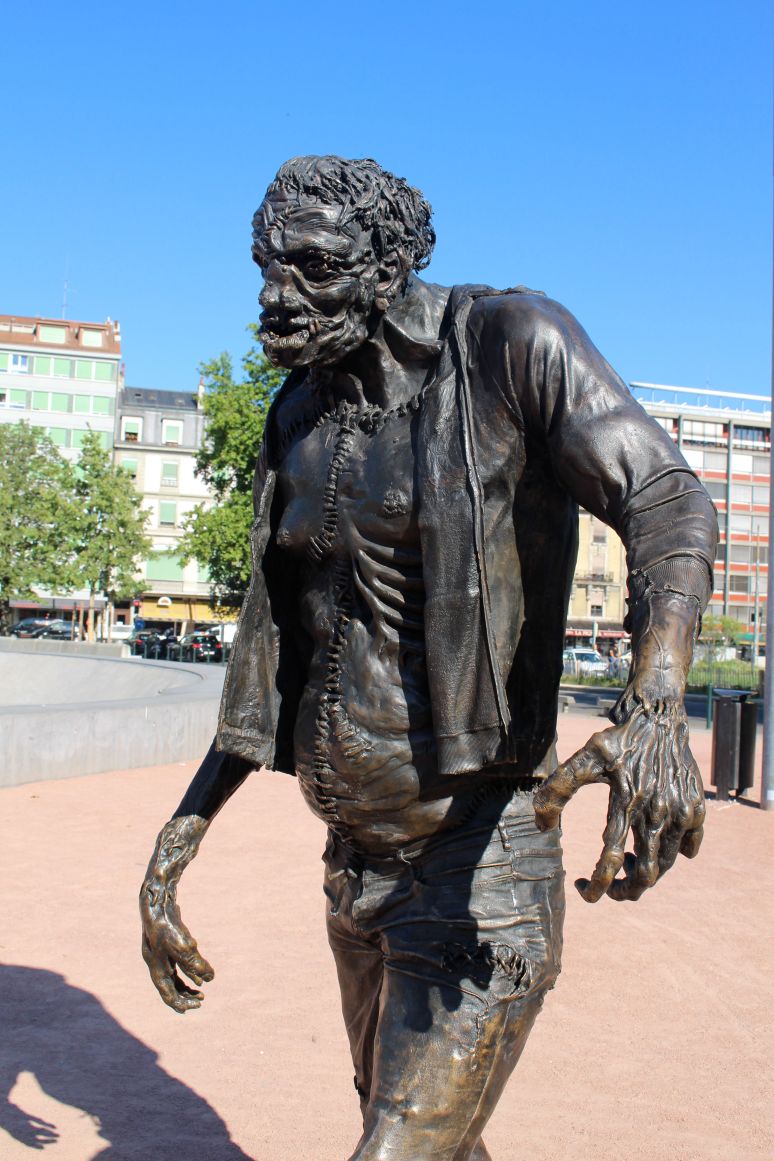 You may just be able to see the little rainbow that had formed by the jet.

On my last night I discovered a Mövenpick cafe – and rather than head back to the hotel to pack and start making a list of things I needed to do when I got back, I decided to sit in the sun, read my book and eat waffles and ice cream (white chocolate on the waffle and maple and pecan to the side – both delicious)!