One of the best things about Japan was the food. Whenever I talked to people about going to Japan the usual reaction was that they thought it would be expensive, but in reality you can eat very reasonably in Japan (in fact very cheap), it really depends where you go and the type of food you want. Here are a few of the delights we tried on our journey.

This wasn’t beer but melon soda in a restaurant in Hiroshima – despite the bright green colour this tasted very fruity.

What was very surprising was the McDonalds in Japan, much nicer than we have here in the UK. We stopped in a McCafe in Kyoto for coffee and Carlos decided to try some of the cake too. The sauce decorations were a nice touch. 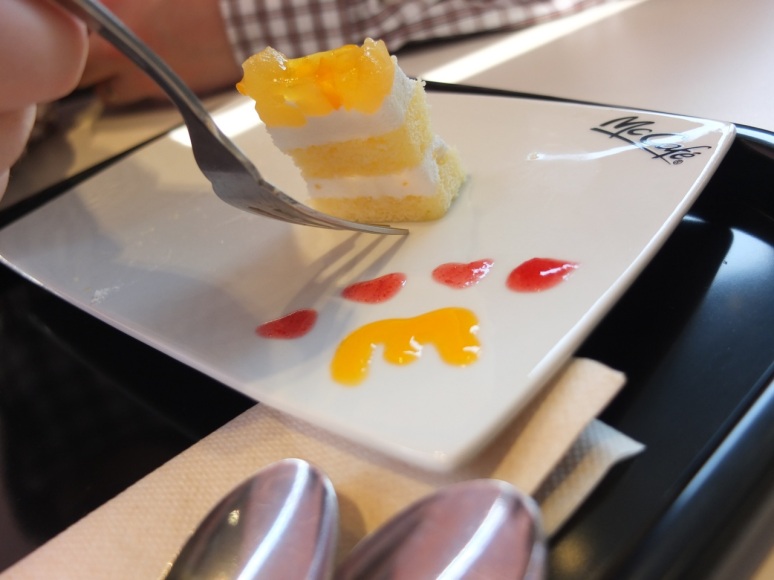 The coffee was pretty good too.

This was another incident were Carlos tried food that we weren’t quite sure what they were – tasty nonetheless. 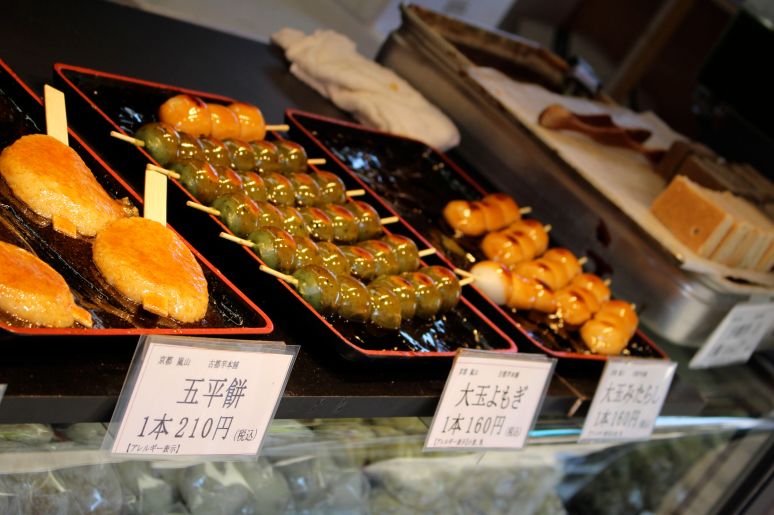 This doughnut was from the Nagano bakery in Tokyo, near Roppongi Hills. I would go to Tokyo just for this bakery.

While in Hiroshima we ate at a Chinese restaurant – mainly because I wanted to try the dan dan noodles we had seen in the window. But when inside the restaurant I saw a spicy version of the dish and decided to order that instead. This was probably the spicest thing I have ever eaten but was also extremely delicious. It got the the point where I didn’t want to eat any more because it was so hot, but wanted to keep on eating because it tasted so good. I ate as much as I could bear. That will teach me for ordering the spicy version of dan dan noodles.

Okonomiyaki in Osaka – cooked and then served on a hot plate in front of you. Definitely a different kind of dining experience. 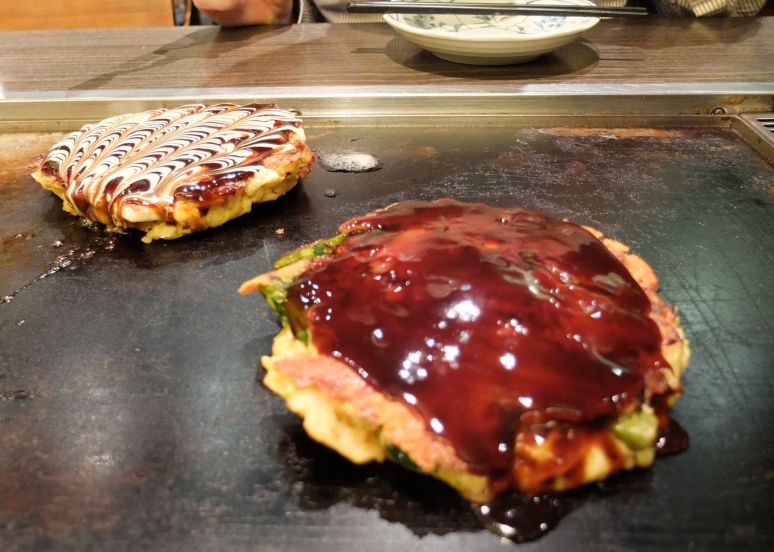 A bento box from one of the many train journeys.

This was a memorable meal. We found a restaurant with a menu that looked good but there was nothing in English and the staff didn’t speak English either but were very friendly. We managed to order with a combination of broken Japanese, smiling and pointing. We didn’t realise what we ordered would need to be cooked at our table so we were a little surprised when they brought a cooker to our table. But it was probably one of the more fun meals we had on the holiday. 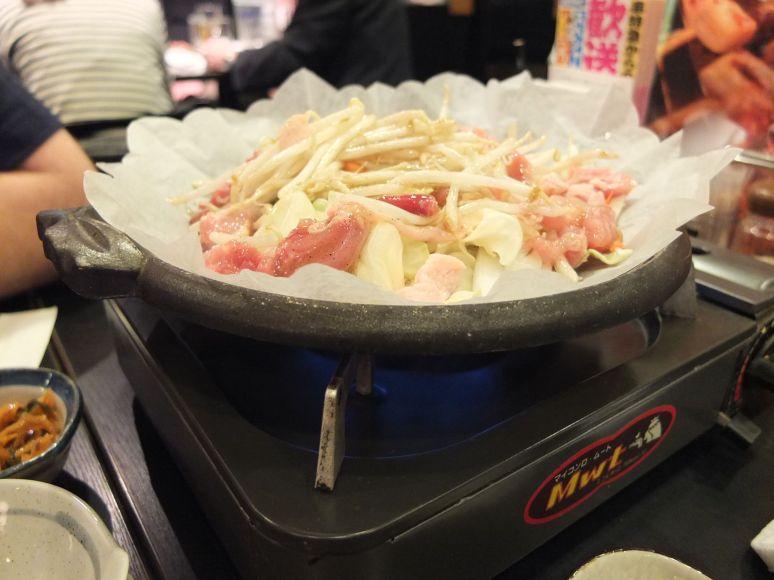 In many of the department stores in Japan there were bakeries with all sorts of novelty food items – including these little sweet buns.

The most amazing chicken Ramen I have ever eaten, from a small ramen restaurant in a basement in electric street near Shinjuku. 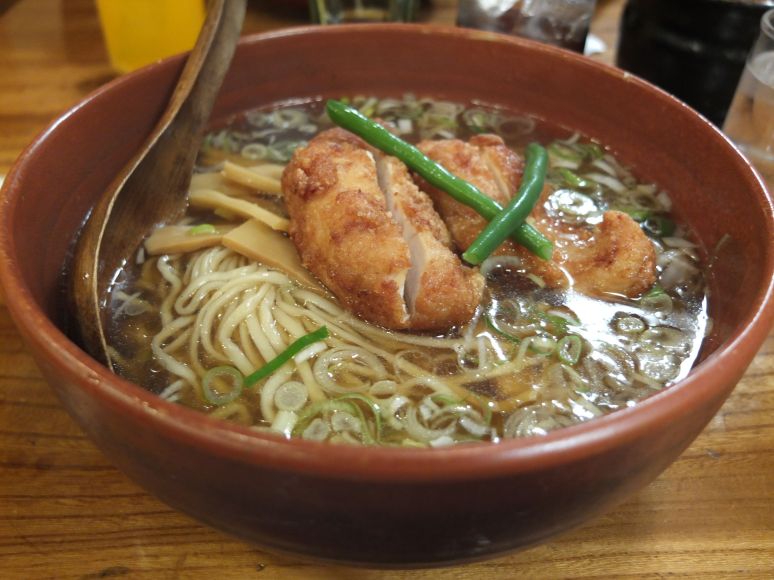 Another day, another train, another bento box.

Breakfast in Hiroshima – sweet buns with vanilla custard and a double espresso.

This is just a sample of the food we tried, it was all amazing.

One thought on “Food in Japan”